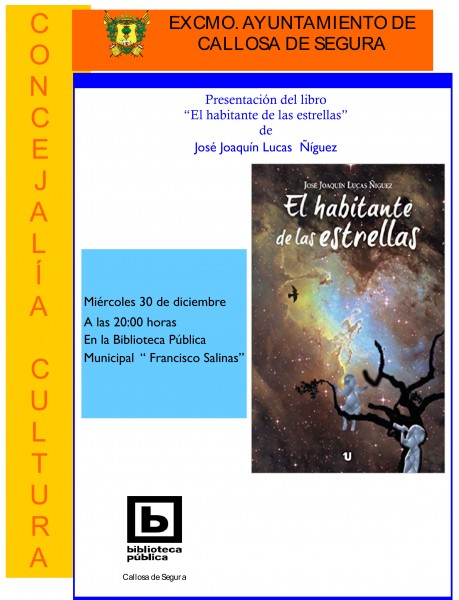 On Wednesday, December 30th, at 8 pm, the Municipal Public Library “Francisco Salinas” will be presenting the book El habitante de las estrellas. With this book, the author José Joaquín Lucas Ñiguez, callosino for more signs, offers the reader a short story, which extends in 93 pages of very easy to read.

In them tells the story of a child who gradually discovers the possibility of transcending the reality that surrounds him. And it does so because it gets rid of the prejudices that are learned from birth. In this way, that free child is able to look from another perspective at the world in which he lives.

At the end of the reading you again believe in the power of the imagination, as an evasive tool of the problems that surround us.